Some years ago, when my guitar was still an equally important companion on my travels as my backpack was, I was taught a lesson about one of the most important foundations of Thai social life: Saving face.

I had already spent a few days on Ko Phangan when, one afternoon, I sat on the beach with my guitar and rehearsed a few new songs. In hindsight, the guitar was the best travel partner one could ask for. It never annoyed you, but was always there when you needed some company.

I strummed away in the sunrise, smiled at a few beach beauties while singing and was generally very happy about life on this wonderful island.

A Thai guy, who had already listened to me play for a while, approached me between two songs. He said that he worked for the Reggae-Bar on the hill at the end of the bay and they would be honoured if I showed off my skills there. He only needed to ask me once. Soon we had agreed on a date three days later. I was psyched. The last time I had performed had been at a bar in Chiangmai two weeks ago. The concert had later turned into a flamboyant party.

The next day, I picked up the promised flyers for the event. A Reggae Bar is almost obligatory for any Thai beach place. But this one actually looked like a nice place.

The flyer featured my name prominently in the middle, with the flattering addition ‘Singer/Songwriter’ in brackets. There were a few typos and questionable translations, but that actually made the little pieces of paper even more charming. I immediately set off and started to spread them among the crowd.

When the day of the gig finally arrived, I went through my whole repertoire one more time. At that time, I had been travelling for 11 months already and basically played and sang as good as never before. So I was confident. Besides, I had really been able to convince all the people I knew from the last weeks on the Backpacker-Trail to join me for the concert. Dragging along 10 other people, I stepped inside the venue in the early evening. As it was already quite busy, I soon started playing.

It soon became clear that this night was gonna be a big success. The cushioned seats offered a nice view of Hat Yao bay, the beer was icecold and affordable, and it was really an illustrious crowd of people that had gathered for the show. The sound was surprisingly good in spite of the bamboo roof. As I am a rather loud singer, I didn’t even need a microphone in order to reach all of the audience.

I ripped one string after the other, as the only ones I owned now were cheap Chinese copies. But that was always a good excuse for a little break and for me getting another drink from the wooden bar. The deal I had with the owners was quite a common one. They weren’t able to pay me any money, but, of course, I would be drinking for free.

So we caroused away and sang, the people enjoyed themselves and requested new songs constantly. Some danced, some made out, while I tortured my beloved string instrument. All in all, a rad night! 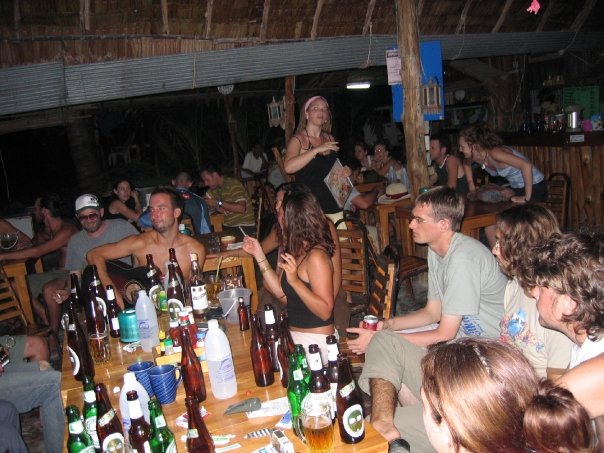 Around 2 most of the guests said their goodbyes. But that didn’t keep me from playing – and drinking – at the well-tried speed and volume.

When there were only five people left, I stopped for a second and went to the bar to get another beer. But this time I had a feeling that something was not alright. In the beginning of the night, the Thais had euphorically attested how great a night this was, every single time I got a drink. Now they seeemed a lot more quiet and avoided my eyes. Whatever, I thought by myself, grabbed my drink and went back to the stool which served as a stage. I had already played everything I knew, but I was simply gonna start all over .

But after only a few sips from the Chang bottle I suddenly felt like I needed a time-out. A few moments later, the only thought I could still maintain was: ‘Wow, I have never been that tired at a bar in my life!’
That, at the same time, is the last of the memories I have from that night.

When I emerged from my delirium, it was already light outside. Apart from me, there wasn’t a single guest left at the place. While I tried to sort my thoughts, I noticed that I was lying on one of the sofas, tenderly spooning my guitar.

I sat up and glanced towards the bar. The two Thai guys looked at me in what seemed like shame. But my brain only worked on the most elemental level and I couldn’t really come up with an explanation for what was going on.

Only when I had said goodbye and was in the process of stumbling down the hill towards my bungalow, it dawned on me what must have happened:
The Thais had made some good money last night and obvioulsy even enjoyed themselves also. But at a certain time there were so few people, that it wasn’t really worth keeping the bar open. Maybe there was even some kind of curfew which they had to abide by. Probably the quality of my show had also not been the same anymore towards the end of the night. Either way, apparently they had wished for nothing more desperately than
for me to finally stop singing and playing. That, on the other hand, could not be communicated to my face, as that would have put me in an embarassing situation, in their perspective. In Thai culture you never criticize your counterpart openly and you do everything in order not to compromise him or yourself. That’s what you call the culture of saving face.

So what had they done instead? Without any doubt, they had mixed a narcotic into my last beer, apparently quite a strong one, too. Then they had guarded me and my valuables until I finally woke up again. The embarassed looks on their faces in the morning were proof that they knew this was not the best solution. But, apparently, it was still better than coming over to me and openly asking me to finally shut up! 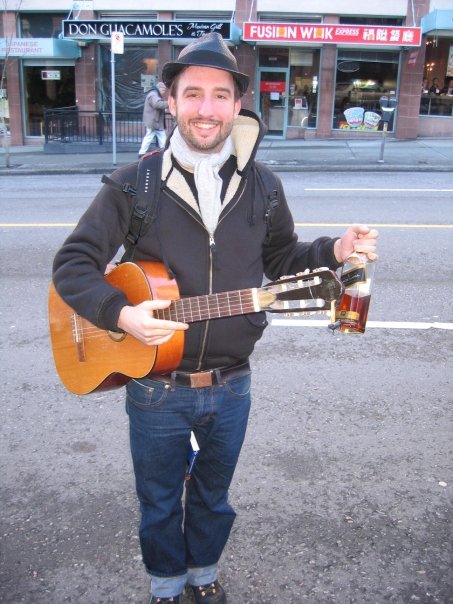